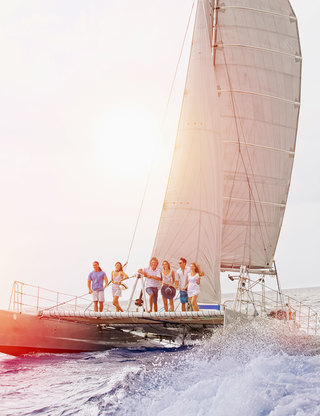 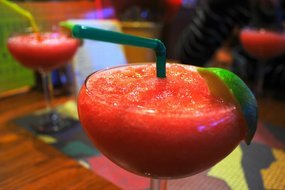 Cinco de Mayo is a much-celebrated holiday not only in Norwalk, but nationwide. Norwalk’s Mexican restaurants are sure to be on their game and tequila will soon be flying off store shelves as we collectively prep for the celebration. But did you know that Cinco de Mayo isn’t widely celebrated in Mexico? Oddly, the holiday is much more important in the U.S. than it is in Mexico. Most of us just love having another reason to celebrate, but the history is fascinating. This year as you prep for Cinco de Mayo, take a moment to learn a little more about the history of the celebration of Mexican heritage and culture that Americans hold dear. And then plan the best Cinco de Mayo ever!

The History of Cinco de Mayo and its Celebration in the U.S.

Wait, what’s the significance of Cinco de Mayo? When you get asked this question between revelatory margaritas, wow your friends with a little Cinco De Mayo history lesson. No, the holiday isn’t the celebration of Mexican independence, which actually occurred 50 years before the events of Cinco de Mayo. That day, Mexico’s Independence Day (Grito de Dolores is celebrated on September 16. Cinco de Mayo, on the other hand, commemorates a victory of Mexico’s army over the French at the Battle of Puebla in 1862. While a commendable victory, the Battle of Puebla wasn’t even one of the major strategic wins for Mexico during the Franco-Mexican War.

What’s the big deal? Well, Cinco de Mayo isn’t really a big deal in Mexico and it’s actually a very minor holiday. While it’s celebrated in the state of Puebla and a few other pockets around the country, it isn’t a federal holiday, so banks, offices and stores stay open. So, why do we celebrate Cinco de Mayo so emphatically in the U.S.? Some say it’s because a group of Chicano activists raised awareness for the holiday in the 1960s, but when it comes down to it, the real answer is just…marketing. But whatever the reason, Cinco de Mayo has become a national phenomenon and is widely celebrated Mexican-Americans and non-Mexican Americans alike. Over time, it has morphed into the nation’s biggest celebration of Mexican culture and heritage.

As with any good party, but especially a Cinco de Mayo party, food and drink should be your top priority. Finger foods and dishes that can easily be loaded up on a paper plate and transported throughout the party are going to be the best bet. Try these mini chicken quesadillas or mini picadillo empanadas – everyone loves mini versions of their favorite foods! Good margaritas are a must, of course, and try delighting your guests with some lesser-known, yet creative, Cinco de Mayo cocktails like the Michelada or Tequila Fresca.

Or Let Someone Else do the Cooking: Cinco de Mayo eats and drinks around the Waypointe

Immerse yourself in the Cinco de Mayo celebratory spirit and head to Tacos Mexico or Los Molcajetesin Norwalk, both of which serve authentic, delicious and raved-about Mexican cuisine. If you’re feeling adventurous and want to venture a little further, try these other great spots in Fairfield County.

Whatever your Cinco de Mayo plans, have a safe and happy holiday! We Waypointers love a good celebration. If you’re looking for a luxury apartment experience chock full of amenities and friendly, fun-loving neighbors, contact us for more information.